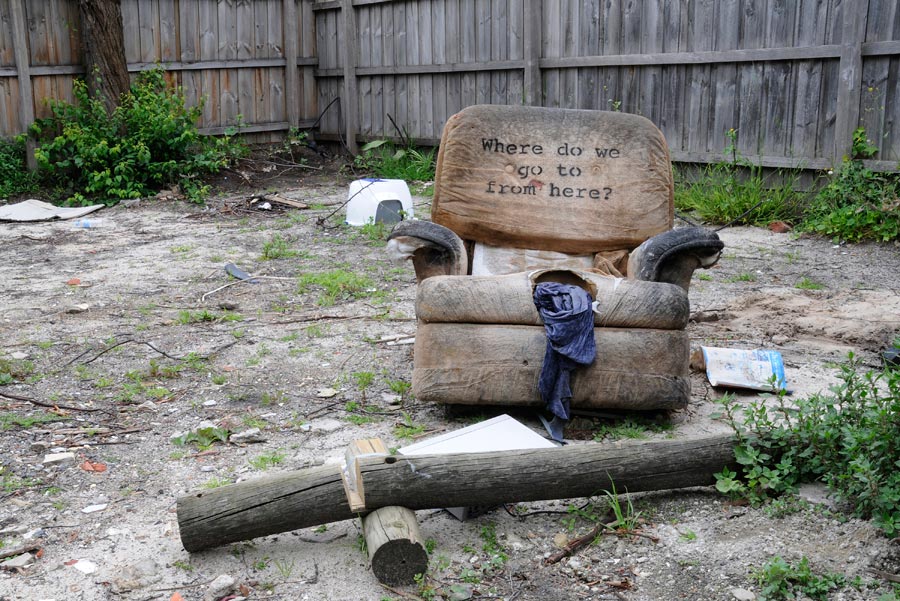 Writing in Public Space is an extension of two earlier projects, I love St Kilda and City Traces, that began life in 2005 and 2006 respectively. Both projects were interactive web diaries that speculated on how detritus and the marks and the traces left anonymously in the urban terrain can tell a story of diversity and specificity in any given location. I love St Kilda was focused on an examination of the local and City Traces extended this approach to observing public space beyond the boundaries of my own neighbourhood.

In 2013 another change occurred and City Traces became Writing in Public Space, as the project continued to focus on the way narrative and text operate in any contemporary urban setting.