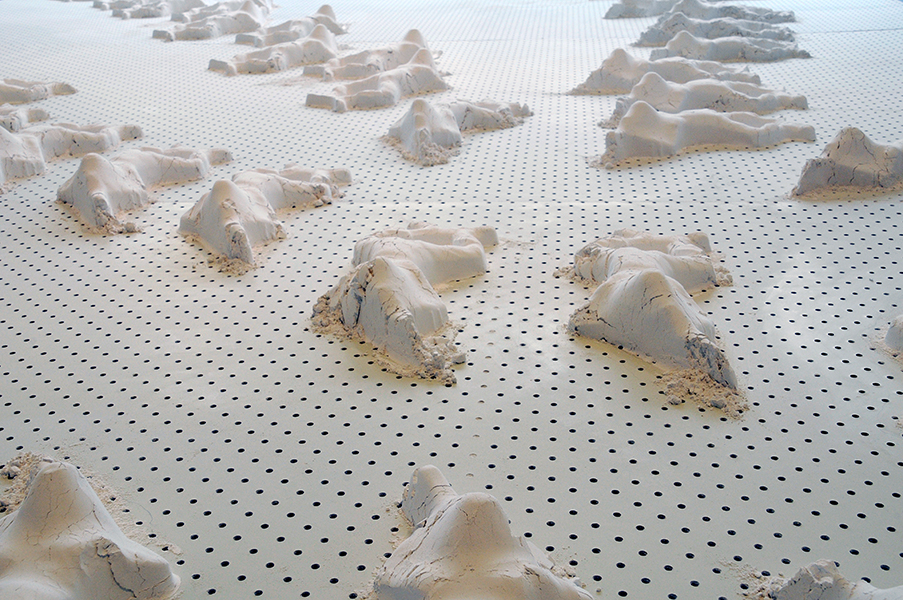 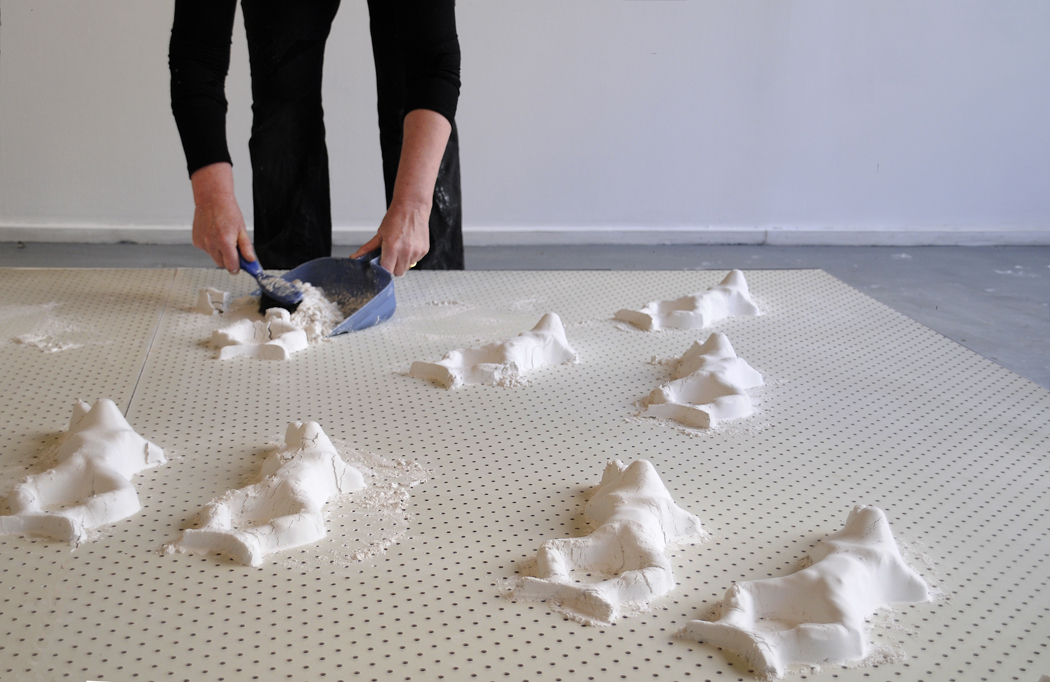 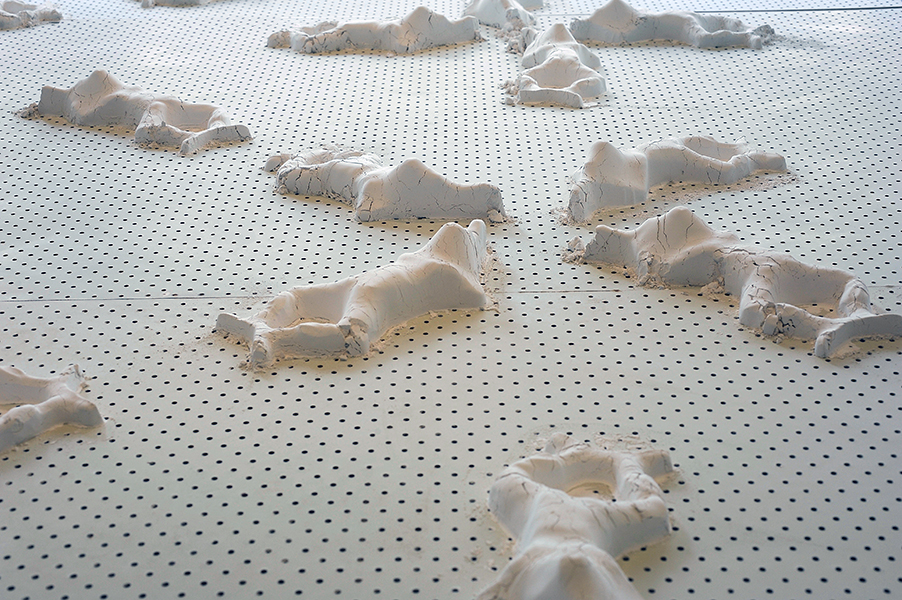 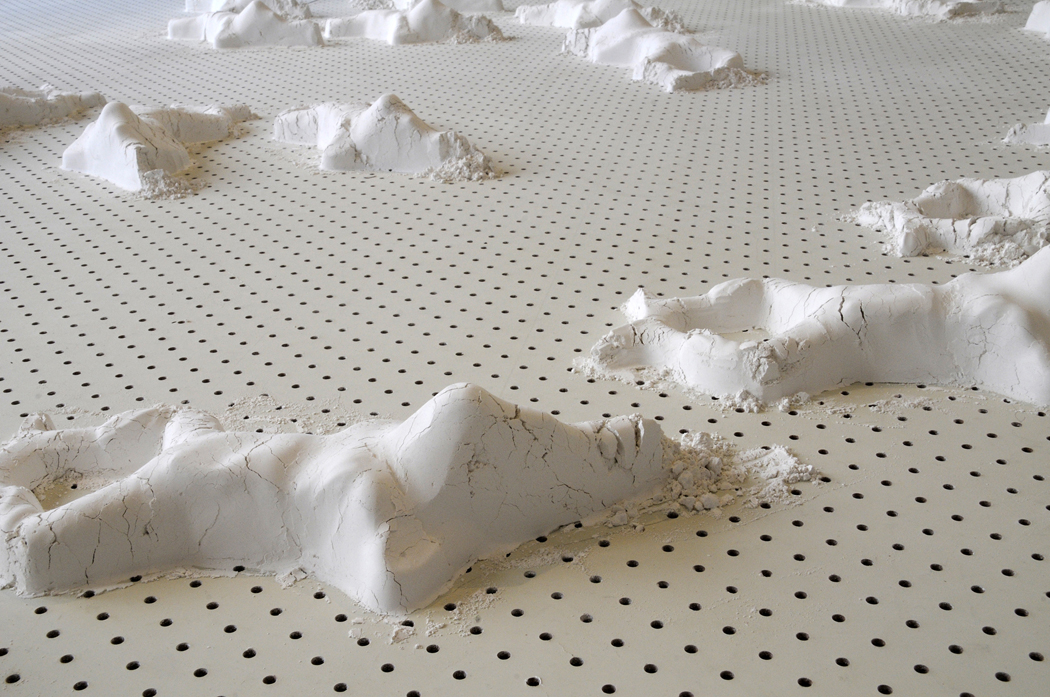 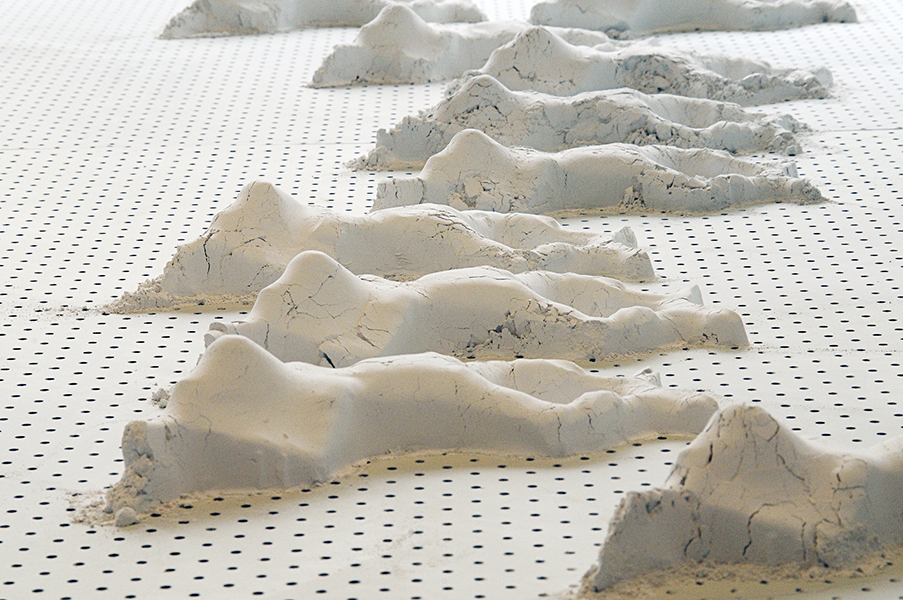 Twenty-five kilograms of dry plaster powder is given form when it is packed into the empty space in a clear plastic package that once held a consumer item.

Things Fall Apart combines two machine-made spaces that are used to order and protect everyday objects. The first is the empty space in a clear plastic package that once contained a consumer item. The second type of space is the hole in a handyman’s peg-board. These spaces are reassigned in a way that extends both their original purpose and their materiality.

The package is used as a mould to distribute serial forms across an expansive platform made from a handyman’s pegboard. The mould and the material are the same in each case, yet no one form is identical to another.

During this exhibition the same sack of plaster will be transformed three times. Each week the powdery castes will be swept up and reformed into a new set of relationships and patterns. However despite these efforts by the artist to influence the relationship between objects, the crumbling forms will assert their own agency and affect each other ‘even when humans are not watching’.[1]

Combining the regular pattern of holes with repetitions of the powder casts This is an experiment with certainty and instability, order and unpredictability, of control and letting go and challenges our anthropocentric version of the world.