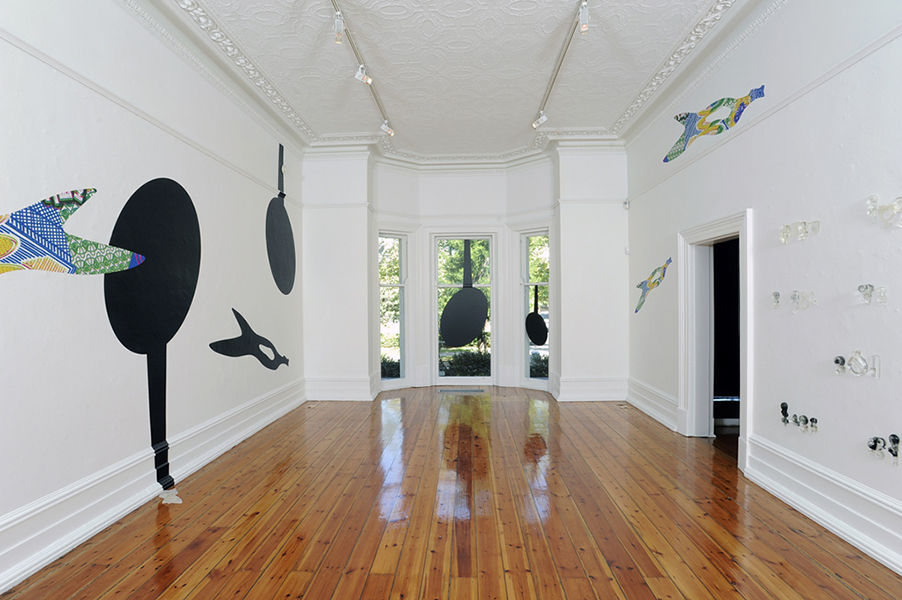 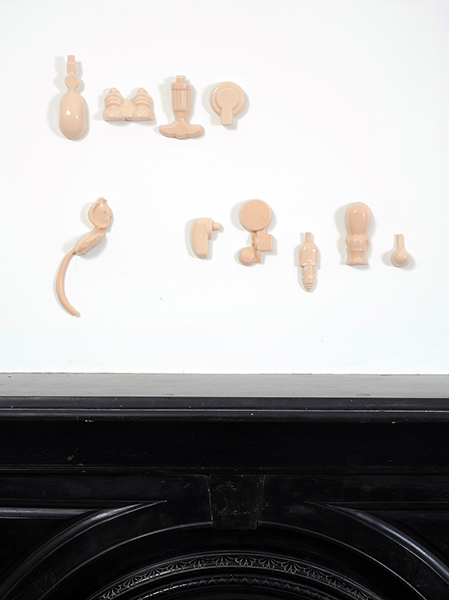 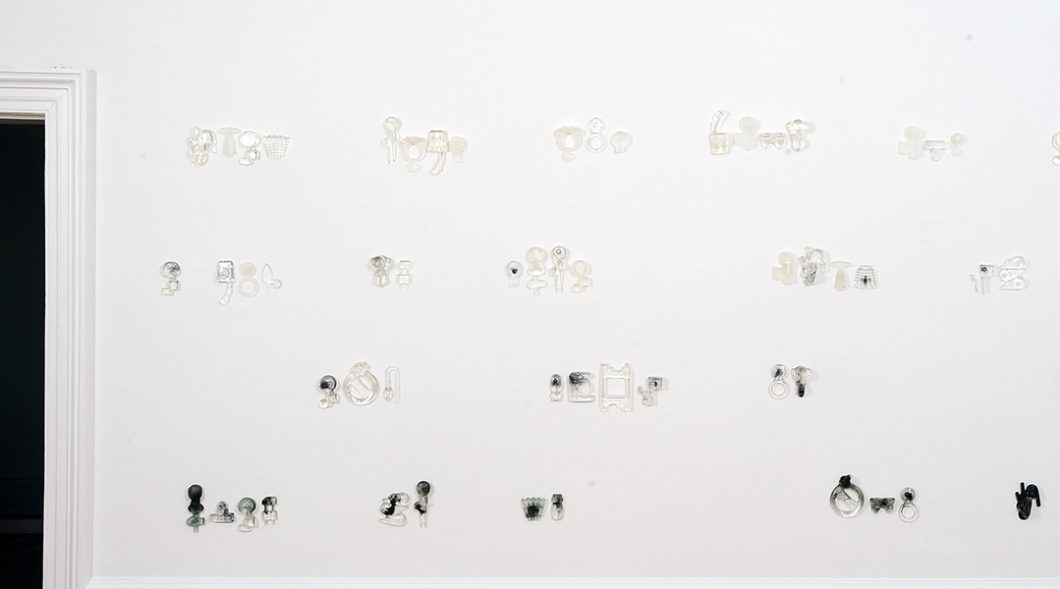 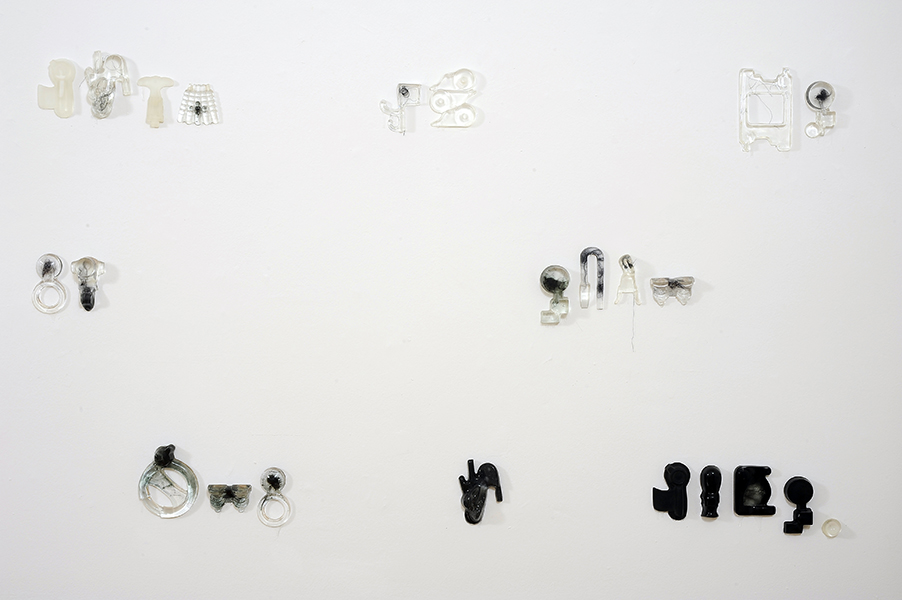 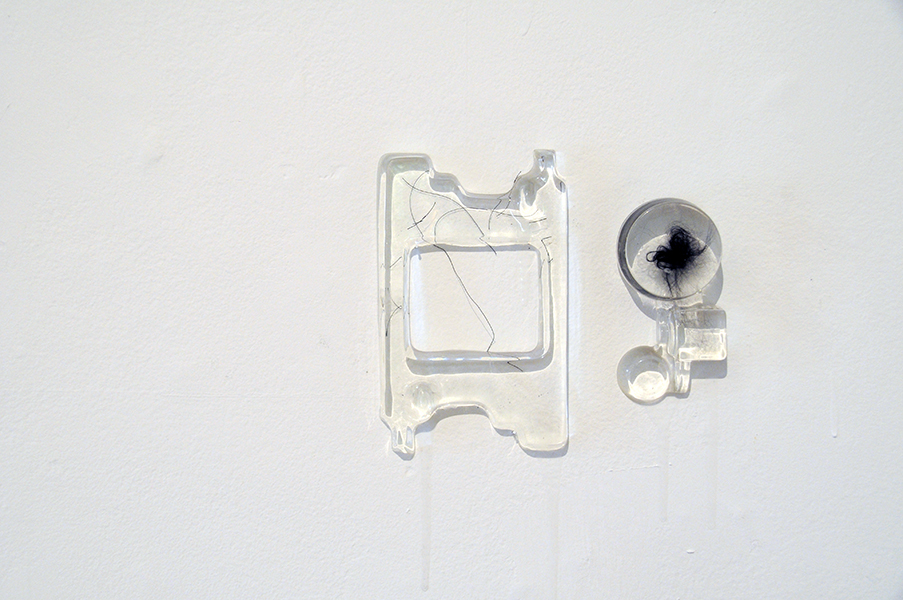 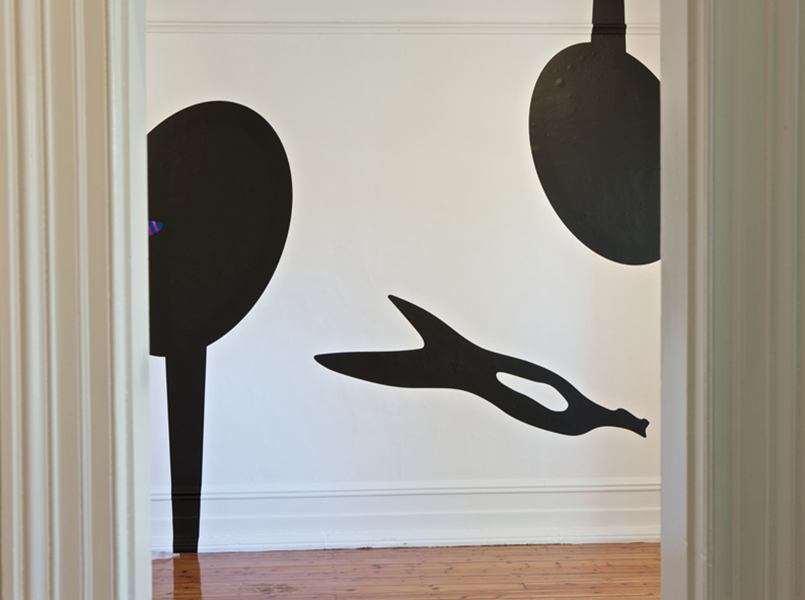 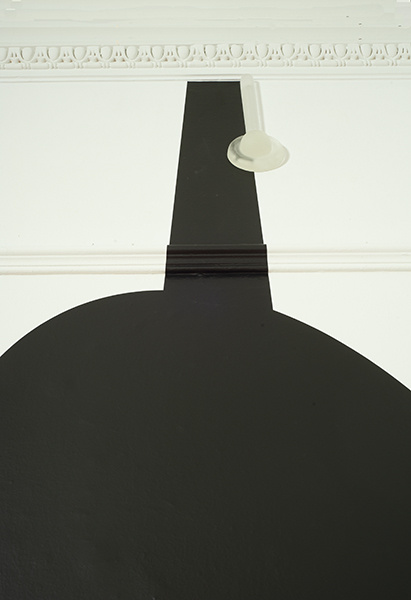 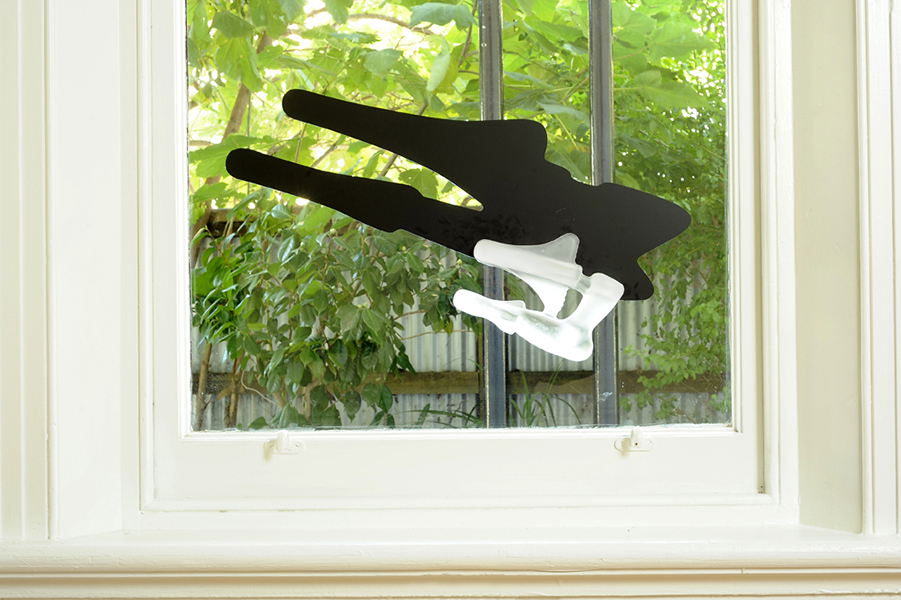 The objects in this exhibition trace the shape, form & three-dimensional memory of once brand new products by casting the space in discarded plastic packaging. The installation materialises absence via a proposition that these empty spaces and their shadows can be metaphor and philosophical illustration of the forces that underlie the historical processes of social change and progress. These forces inevitably embody both utopian ideals and apocalyptic threats.

Working with the packaging that once held mass-produced consumer goods, objects are cast and silhouettes are formed as large-scale vinyl printouts. In Trace #2, the residues of consumption articulate various ideas about technology, the ingenuity of contemporary design, obsolescence and the industrial and economic processes that drive consumption.

Through the reinterpretation and arrangement of these cast voids, the printing of decorative forms, and the forming of collections, these abandoned spaces become the frame within which, the trace is reasserted.