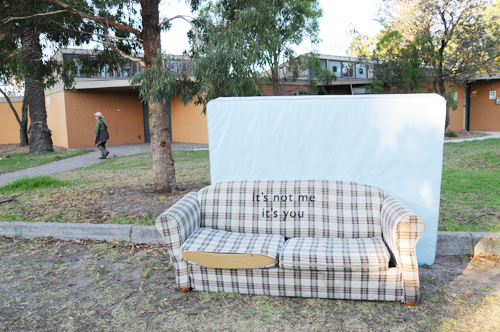 “There used to be a guy that lived by the back door of the club. He was there for ages. Had quite a good set up really. That was his mattress and couch but he had other things as well: a coffee table, a vase with flowers and a lamp. He’s been gone for quite a while now, probably ended up in a psyche ward or something like that”. Local resident 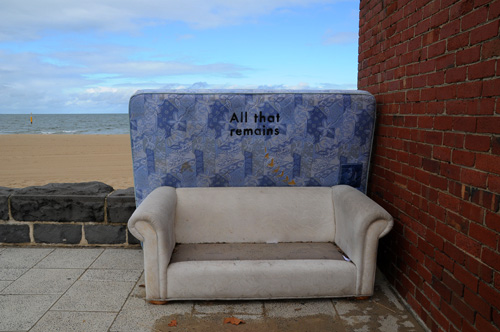 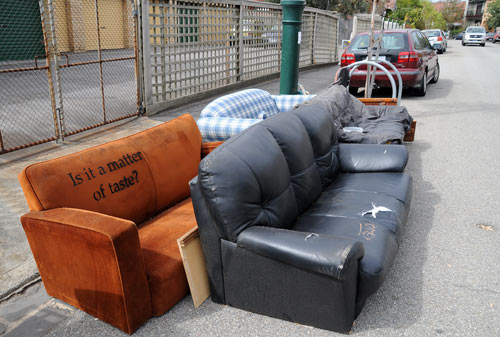